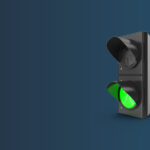 MENA Fintech Association Launches the Sustainable Fintech Alliance
The Dubai International Financial Centre (“DIFC”) in collaboration with Abu Dhabi Global Market (“ADGM”) and the London Institute of Banking and Finance MENA (“LIBF”) has launched the Sustainable Fintech Alliance. The Alliance aims to address urgent environmental and social challenges following the climate change conference (“COP26”). Members of the Alliance have committed to implementing sustainability strategies which contribute to the United Nations’ sustainable development goals. The Alliance will focus primarily on education and awareness to enable Fintechs to build, implement and realise sustainability strategies, with a view to achieving sustainability and climate related goals.


Read more
New Appointment to the DFSA Board of Directors
His Highness Sheikh Maktoum bin Mohammed bin Rashid Al Maktoum, Deputy Ruler of Dubai, Deputy Prime Minister, Minister of Finance and President of the DIFC, has appointed Abdullah Sharafi to join the board of directors of the Dubai Financial Services Authority (“DFSA”). Sharafi brings over 20 years of experience at Emirates Industrial Bank as well as experience from several ministries and organisations at both local and international level.
Read more
DFSA Upholds Decision Against Gilles Rollet

The Financial Markets Tribunal (“FMT”) upheld DFSA enforcement action taken against Mr Gilles Rollet for serious misconduct in relation to his role as a Senior Executive Officer (“SEO”) of La Tresorerie Limited. In addition to the previous enforcement action, the FMT has ordered Mr Rollet to pay half of the DFSA’s costs.For further information on the case, read our report here or review the FMT’s case details here.

The DFSA published a decision notice taking action against Mr Arif Masood Naqvi and Mr Waqar Siddique for serious failings in respect of the Abraaj Group. The DFSA imposed a financial penalty of USD135,566,183 on Naqvi and USD1,150,000 on Siddique in addition to a prohibition from performing any function in or from the DIFC.

Naqvi, a founder of the Abraaj Group, was found to be knowingly involved in misleading investors over the misuse of their funds by Abraaj Investment Management Limited (“AIML”). The DFSA found that Naqvi personally proposed, orchestrated, authorised, and executed actions that directly or indirectly misled and deceived the investors.

The DFSA found that Naqvi:

The DFSA found that Siddique:

Both parties have referred the decision to the FMT thereby freezing any financial order before the case can be heard; however, the prohibition to perform any duties in the DIFC remains in effect.

For further information on the case, review the DFSA decision notice for Naviq here and Siddique here.

The first event welcomed commentators from law firms and various industry professionals to discuss the introduction of the UAE Federal Law, potential implications for UAE businesses, the development of the concept of ethical data sharing, and the future of data transfers to non-adequate jurisdictions. The Federal law, published on 2 January 2022, will be supported by regulations that are expected to be released in March 2022. Businesses will have until September 2022 to comply with the new law.

The second event, presented by Lori Baker, Vice President, Legal & Director of Data Protection, discussed the DIFC laws application in detail and guided attendees through the newly enhanced data protection website. She discussed the updated standard contractual clauses – one of the safeguards for transferring personal data to a jurisdiction deemed not adequate – following the General Data Protection Regulation (“GDPR”) review of the effectiveness of standard contractual clauses.

The DFSA launched its ‘2022 Cyber Thematic Review’ and authorised firms have been invited to participate. The review focuses on the current maturity level of cybersecurity frameworks, consistency of cyber risk management frameworks and the status of areas identified as needing improvement in the ‘2019/2020 Cyber Thematic Review’.

Responses must be submitted by 23 February 2022 through the DFSA ePortal.

Firms are reminded to report material cyber incidents to the DFSA by completing a Cyber Incident Notification Form on the DFSA ePortal.

The Financial Services Regulatory Authority (“FSRA”) of the ADGM announced its decision to merge its two independent bodies: the Regulatory Committee and the Appeals Panel. The announcement follows Consultation Paper (“CP”) no.4 of 2021 and aims to offer stakeholders a more streamlined and efficient process for the timely resolution of regulatory proceedings.

The amendment was enacted on 30 December 2021 and published on 3 January 2022 and the changes can be read here.

The FSRA of the ADGM in consultation with the UAE Ministry of Finance enacted amendments to the Common Reporting Standards Regulations (“CRS”) 2017.

You can read the update in full here.

The ADGM commemorated Data Privacy Day on the 28 January 2022, joining the 41-year-old tradition of celebrating the Council of Europe’s Convention 108.

ADGM firms who are yet to review the Data Protection Regulations 2021 and the encompassing obligations have until 14 February 2022 to fully comply.

Firms are reminded to:

You can read the Office of Data Protection guidance notes here. You can read our implementation checklist here.

You can read the regulations in full here.

The ADX has amended its trading week to Monday to Friday, 10am to 3pm, following the UAE Government announcement last month. The changes came into effect on 3 January 2022. Under the previous working week, interest in the local market was low, resulting in low liquidity and, whilst Friday was the last working week for the rest of the world, in the UAE it was considered a “weekend”, thus potentially missing out on the most volatile day of the week.

The change in the working week could also positively impact the local economy by allowing the ADX to be better aligned with global markets and to increase trading activity, which could aid the GBP growth and bring more foreign investment into the region.

Investors may also benefit from the working week, given they would be fully synced with global stock markets and will not experience the “lag effect” that takes place when the US and other international markets pick up on a trend.

The updates are as follows:

Dubai Public Prosecution has issued various sentences for money laundering offences in the UAE under Federal Law No. 20 of 2018 on AML and CTF and Financing of Illegal Organisations. In the first case, the defendant received a three-year prison sentence and a fine of AED14.6M for transferring, using and concealing the location and origin of funds that were illegally appropriated from public funds.

In the second case, defendants were sentenced to three months in jail, with some defendants receiving up to three years and a fine of AED210,000 as well as deportation. An additional defendant was fined AED300,000 for misappropriating funds from an individual.

In the third case, Dubai Misdemeanours Court found four defendants guilty of money laundering offences and ordered the confiscation of funds to the value of AED96,000, as well as one-year imprisonment for money laundering and six months’ imprisonment, followed by deportation, for fraud.

If you are in the virtual assets space, the UAE is likely to be firmly on your radar.
Read more

Is an Outsourced Compliance Provider Appropriate for Your Firm?

The annual regulatory reporting season is upon us for Firms with a 31 December financial year end, and one of…
Read more

Not sure what you are looking for?